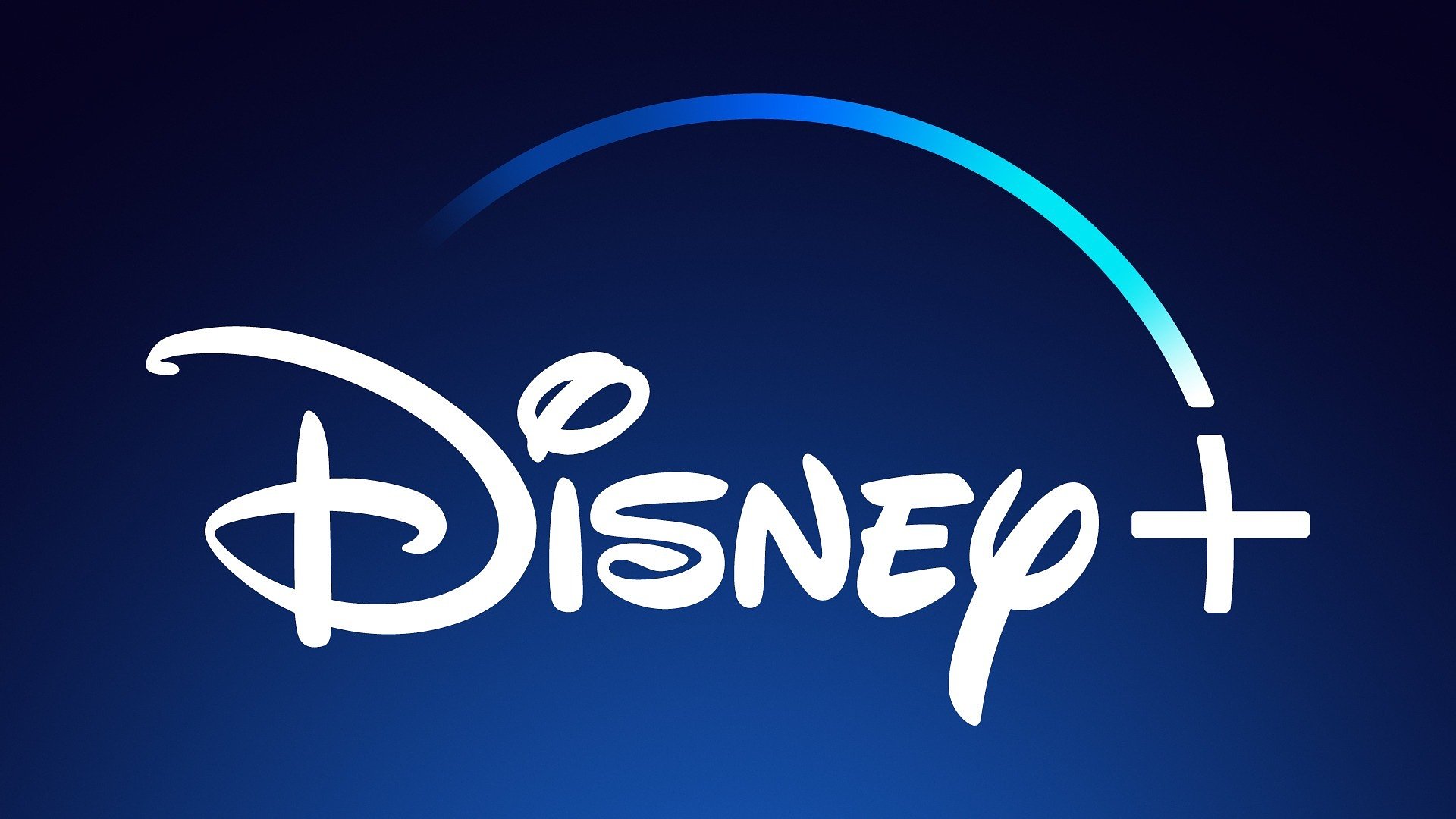 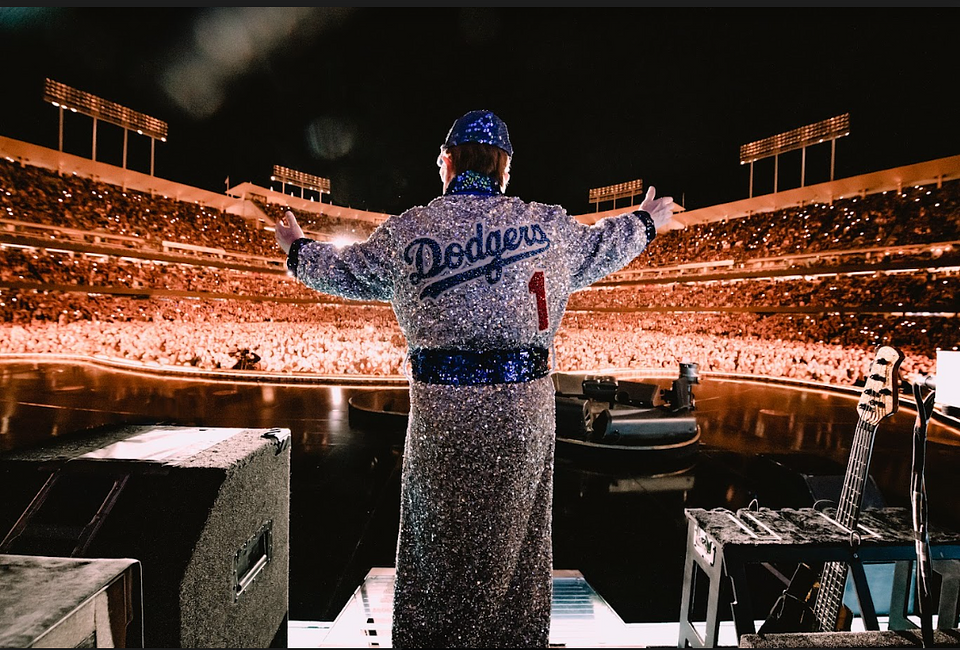 In one of the greatest send-offs of all time, artists, entertainers and special guests, along with a packed stadium of fans and admirers worldwide, celebrated the music legend’s epic full-circle moment at Dodger Stadium, paying tribute to his 1975 performance that cemented his global success.

GRAMMYⓇ-winning artists Dua Lipa, Kiki Dee and Brandi Carlile each honored Elton John on stage with duet performances of Cold Heart, Don’t Go Breaking My Heart and Don’t Let the Sun Go Down on Me, respectively.

As part of Elton John’s “Farewell Yellow Brick Road” tour, presented by Alliance for Lifetime Income, Elton John performed 183 shows across the United States and Canada. His final home stretch at Dodger Stadium on November 17, 19 and 20 was attended in person by more than 140,000 fans. Gucci refashioned his sparkly 1975 Dodger uniform into a robe, and Bob Mackie recreated his iconic Dodger cap.

About Elton John
Elton’s career achievements to date are unsurpassed in their breadth and longevity. Elton is one of the top-selling solo artists of all time. In the UK and US charts alone he has 1 diamond, 32 platinum or multi-platinum, and 21 gold albums as well as over 70 Top 40 hits. He has sold more than 300 million records worldwide.

He holds the record for the biggest-selling single of all time, “Candle in the Wind 1997”, which sold over 33 million copies. Released in 2017 ‘Diamonds’ the Ultimate Greatest Hits album, became Elton’s 40th UK Top 40 album and has spent over 200 consecutive weeks in the top 75 of the UK album charts, over 110 of these in the top 20, and in August 2022 surpassed the threshold for 1 million combined chart unites in the UK. This release celebrated 50 years of his songwriting partnership with Bernie Taupin. August 2018 saw Elton named as the most successful male solo artist in Billboard Hot 100 chart history. At present, he has logged 70 Billboard Hot 100 entries, including nine No. 1s and 28 Top 10s. ‘The Lockdown Sessions’, an album of collaborations recorded during the COVID-19 Pandemic, was released in October 2021 and went straight to number 1 in the UK album Charts, becoming Elton’s 8th UK number 1 album in the process. Its lead single “Cold Heart (PNAU Remix) with Dua Lipa” became a bona fide global hit, reaching number 1 in the UK and Australian singles charts. Its success meant that Elton became the first ever solo artist to score a UK Top 10 hit single in 6 consecutive decades. His most recent release, “Hold Me Closer,” featuring Britney Spears debuted at #1 on Billboard’s Hot Dance/Electronic Songs chart, providing Elton with his tenth Top 10 hit. The song also climbed to #1 in Australia and Canada, #3 in the UK, and most notable, #1 on iTunes in over 40 countries upon release. In America, Elton John holds the record for longest span between Billboard top 40 hits at 50 years.

Elton announced the ‘Farewell Yellow Brick Road’ tour at New York’s Gotham Hall in January 2018. Encompassing 5 continents, and over 350 dates, this 5-year-long tour started in September 2018 and marks his retirement from touring after more than 50 years on the road. In 2019 it was named Billboard's Top Rock Tour and Pollstar’s Major Tour Of The Year. To date, Elton has delivered more than 4,000 performances in more than 80 countries since launching his first tour in 1970. 2019 also saw the release of ‘Rocketman’ and global bestselling autobiography, ‘ME’. An epic fantasy musical motion picture of Elton’s life, 'Rocketman' has been a commercial and critical hit, taking close to $200m at the box office. It has won an Oscar, two Golden Globe Awards and a Critics’ Choice Award and garnered BAFTA nominations. Its soundtrack was also nominated for a GRAMMY Award.

Among the many awards and honors bestowed upon him are six GRAMMYs, including a GRAMMY Legend award, a Tony and two Oscars, a Best British Male Artist BRIT Award, induction into the Rock and Roll Hall of Fame and the Songwriters Hall of Fame, the Kennedy Center Honor, Legend of Live Award, 13 Ivor Novello Awards between 1973 and 2001 and a knighthood from HM Queen Elizabeth II for “services to music and charitable services”. Most recently, Elton was awarded the 2021 iHeartRadio “Golden Icon” Award in recognition of his incredible influence on music and pop culture. In February 2022, he topped the inaugural Pollstar Artist Power Index, a weekly rank of the world’s most popular artists based on streaming, touring, airplay, and social media metrics.

In 1992, Elton established the Elton John AIDS Foundation, which today is one of the leading non-profit HIV/AIDS organizations and has raised over $515 million to date in the global fight against HIV/AIDS. In June 2019 President Emmanuel Macron presented Elton the Légion d’honneur, France’s highest award, for his lifetime contribution to the arts and the fight against HIV/AIDS. Elton was awarded the Companion of Honor in the 2021 New Year Honors list. The highest acknowledgement in the list, Elton became one of only 64 people to hold the honor. September 2019 saw The Royal Mail issue a set of 12 stamps as a tribute to Elton being one of the most popular and enduring music artists of all time. Elton was only the second individual music artist to be featured in a dedicated stamp issue. In July 2020 the Royal Mint released an Elton John commemorative coin, the second in their music legends series to celebrate 'one of the most successful and enduring artists of all time'. Always a tireless champion of new artists, Elton has been a leading industry voice in lobbying the government for young artists visa-free touring rights in Europe post Brexit.

About Disney+Disney+ is the dedicated streaming home for movies and shows from Disney, Pixar, Marvel, Star Wars, and National Geographic, along with The Simpsons and much more. In select international markets, it also includes the general entertainment content brand, Star. The flagship direct-to-consumer streaming service from The Walt Disney Company, Disney+ is part of the Disney Media & Entertainment Distribution segment. The service offers an ever-growing collection of exclusive originals, including feature-length films, documentaries, live-action and animated series, and short-form content. With unprecedented access to Disney’s long history of incredible film and television entertainment, Disney+ is also the exclusive streaming home for the newest releases from The Walt Disney Studios. Disney+ is available as a standalone streaming service, as part of the Disney Bundle in the U.S. that gives subscribers access to Disney+, Hulu, and ESPN+, or as part of Combo+ in Latin America with Star+, the standalone general entertainment and sports streaming service in the region. For more, visit disneyplus.com, or find the Disney+ app on most mobile and connected TV devices.

About Disney Branded Television
Disney Branded Television encompasses the creative storytellers, and production and marketing teams responsible for Disney-branded television series, movies and other programming spanning live-action, animated and unscripted formats. The group helps fuel the Disney+ streaming platform and Disney Channel, Disney XD and Disney Junior linear networks with content geared toward kids, tweens, teens and families, with stories that are imaginative, aspirational and reflective of their world and experiences. Recent projects include “High School Musical: The Musical: The Series,” “Monsters at Work,” “The Mysterious Benedict Society,” “Growing Up,” and “Marvel’s Spidey and his Amazing Friends,” as well as upcoming “Elton John Live: Farewell from Dodger Stadium.” Disney Branded Television has created some of the most iconic and award-winning properties and franchises, including Peabody Award winners “Doc McStuffins” and “The Owl House”; Emmy® Award winners “Big City Greens,” “Turning the Tables with Robin Roberts,” and “Elena of Avalor”; the beloved “Mickey Mouse” cartoon shorts plus the Disney Channel Original Movie (DCOM) franchise, comprised of more than 100 titles.

About Fulwell 73 Productions
Fulwell 73 Productions is a London- and Los Angeles-based production company making top-quality television programs and motion pictures that both entertain and inform.  Born in 2005 from a lifelong friendship between founding partners Ben Winston, Leo Pearlman, Ben Turner and Gabe Turner, Fulwell 73 expanded in 2017 with the addition of partner James Corden.

On the television side, Fulwell 73 produces the AppleTV+ multi-Emmy Award-winning “Carpool Karaoke The Series,” Emmy and Critics Choice Award-winning “The Late Late Show with James Corden” and the hit Hulu series “The Kardashians.”  They also produced the Emmy Award-winning CBS special “Adele: One Night Only” and BAFTA-nominated “An Audience with Adele,” for ITV, the Disney+ space series “Among the Stars” and Netflix unscripted series “Sex Unzipped,” hosted by Saweetie.  For the second consecutive year Fulwell 73 produced the GRAMMY Awards, the biggest musical celebration on television, and are credited with revitalizing the awards program.

Additional television credits include Amazon documentary “All or Nothing Juventus,” Netflix documentary “Sunderland ‘til I Die,” BBC’s “Jack Whitehall’s Sporting Nation” and BAFTA winning feature doc “Bros: After the Screaming Stops,” Channel 4’s “Auschwitz Untold: In Colour,” the hit “Gavin & Stacey Christmas Special” for BBC One and the UK’s “Stand Up to Cancer” special, which raised more than 31 million pounds.

Film credits include Amazon’s retelling of “Cinderella,” starring Camila Cabello, which debuted as the number one streaming film on its opening weekend, and upcoming “Real Pigeons Fight Crime” for Nickelodeon.  Additional film credits include Lionsgate’s critically acclaimed “In the Hands of God,” Universal Pictures’ football documentary “The Class of 92,” Sony Pictures’ box office hit “One Direction 3D: This is Us,” and Universal Pictures’ Usain Bolt documentary “I Am Bolt.” www.fulwell73.com